Best Free Things To Do in Venice

Spread over 118 small islands in a sparkling emerald-green lagoon in the Adriatic Sea, Venice is one of the most unique and unforgettable cities. Its majestic canals are lined with marble palazzi and sumptuous basilicas, and the narrow alleyways – filled with delightful boutiques and art galleries – open out into charming, secret squares. Yes, the city is ridiculously expensive, but, with stunning sights and works of art around every corner, you don’t have to spend a fortune to enjoy it. Believe it or not, from picturesque bridges and mesmerizing piazzas to churches that double as art galleries, there are tons of free things to do in Venice for all ages and interests. Here are 7 worth adding to your next quick getaway to La Serenissima. Built entirely of marble, the iconic Rialto Bridge is probably the best spot in town to watch the gondolas and vaporettos sliding up and down the Grand Canal. Nevertheless, this is the most famous of all the 400 bridges in Venice, and one of the city’s top tourist attractions. It was designed by Antonio da Ponte in the 16th century, and is considered a Renaissance architectural and engineering marvel.

In addition to the lovely canal views, you’ll also find a series of arcades and pricey souvenir shops filled with colorful jewelry and Murano glass. Walking the Rialto Bridge is free and brings up some wonderful photo opportunities.

Do Some People Watching in Piazza San Marco Napoleon was right. Piazza San Marco really feels like the “drawing room of Europe”, especially during summertime, when the city is at its busiest. Framing the monumental square are some of Venice’s most recognizable landmarks and historic buildings, including the stunning St. Mark’s Basilica, the glorious Doge’s Palace, and the towering Campanile.

Being a popular meeting place for both tourists and Venetians, the swanky boutiques and alfresco cafes here are extremely expensive, but that doesn’t mean you can’t walk around, soak up the atmosphere, and marvel at the outstanding architecture. 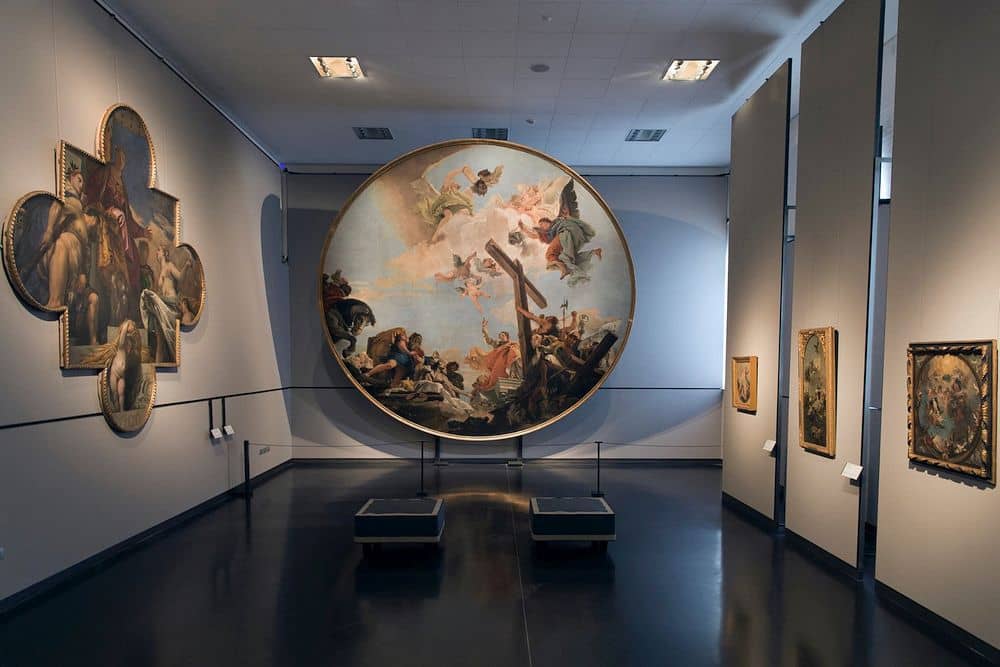 Replete with Venetian art from the 14th to the 18th century, Galleria dell’Accademia makes for a fascinating visit, especially if you’re a fan of Renaissance painting. Highlights include masterpieces by artists such as Bellini, Titian, and Veronese. Admission is free in the first Sunday of every month. Nestled along the Grand Canal, in the district of San Polo, the bustling Rialto Market is a true feast for the senses.

The commercial heart of Venice for more than seven centuries, this is still one of the great medieval markets of Europe and the best place in town to buy seasonal fruits and vegetables, fresh meat, and locally caught seafood.

Sounds, smells, and colors apart, a visit to Mercato di Rialto (open Tuesday to Saturday) is a great way to gain some insight into the Venetians’ way of life and their food culture. 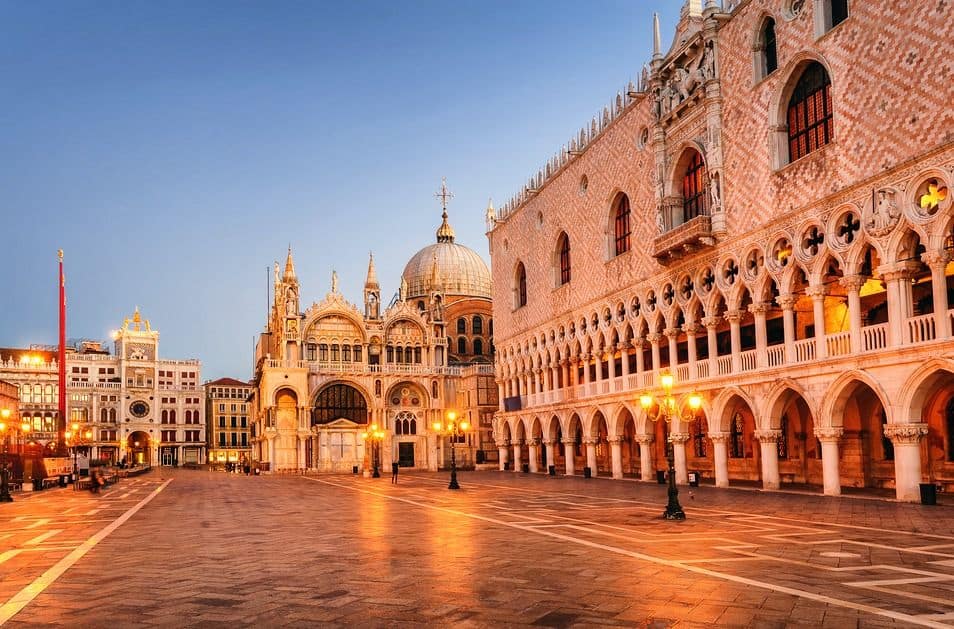 Some tourists would pay anything to step inside the spectacular St. Mark’s Basilica, but the free admission makes it an absolute must.

A gorgeous example of Italo-Byzantine architecture, the grandiose church stands proudly at the eastern end of Piazza San Marco as a vivid reminder of Venice’s glorious past.

Its exterior is beautiful, but not as breathtaking as its interiors, where artworks, jewels, and glistening golden mosaics adorn every square foot, from the floor to the altars to the huge domed ceilings. The grand, octagonal structure can be found at the entrance to the Grand Canal and is worth visiting not only for its splendid Baroque architecture, but also for the treasures housed inside. The sacristy is bursting with Titian masterpieces, while fabulous paintings by Palma il Giovane and Tintoretto celebrate the city’s survival from plague. Venice is notoriously famous for its pricey shops and exclusive fashion boutiques, but window shopping is almost as fun as the real thing, and it doesn’t cost you a dime.

Jewelry, leather goods, and antiques are very well represented in Venice, and so are luxurious textiles, fine wines, and cartapesta (papier-mâché).

For high-end designer fashion, head to the streets just off Piazza San Marco, where the latest collections from Gucci, Armani, and Versace are beautifully displayed in the shops’ lustrous windows.

Previous
Set Sail in Greece: 5 Hidden Gems to Add to Your Itinerary

Next
10 Italian Foods Worth Traveling For