12 of Europe’s Most Spectacular Rivieras

Although nothing says Riviera quite like the charming coastal region between the Alps and the blue, clear waters of the Mediterranean that stretches from southeast France to northwest Italy, this Italian term with medieval roots has become a popular appellation for numerous coastal destinations around Europe, and beyond.

The authentic Riviera comprises only two sides – the famous Côte d’Azur and the Italian shoreline between La Spezia and the French frontier, both of them facing the Ligurian arm of the Mediterranean Sea.

Once with the development of tourism throughout Europe’s amazing coasts, people begun to use the word “riviera” in order to refer to certain areas similar to Côte d’Azur, and so Europe grew to have at least 12 stunning rivieras. 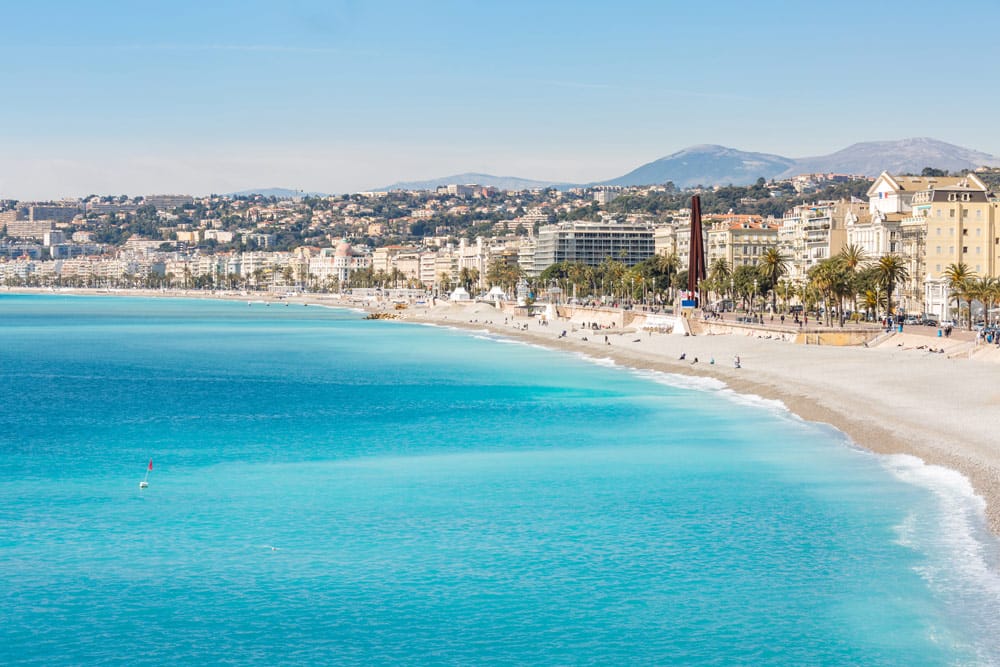 Giving birth to the concept of modern resort, the French Riviera played an essential role in the 18th-century travel, when it became one of the most popular destinations among the British aristocracy. Now, after almost 200 years, this area still boasts some of the most fashionable resorts in the world.

On the other hand, the culture, history, and fabulous art of the French Riviera can be experienced everywhere around its lovely old towns, including Nice or the perched villages of Èze and Gourdon. 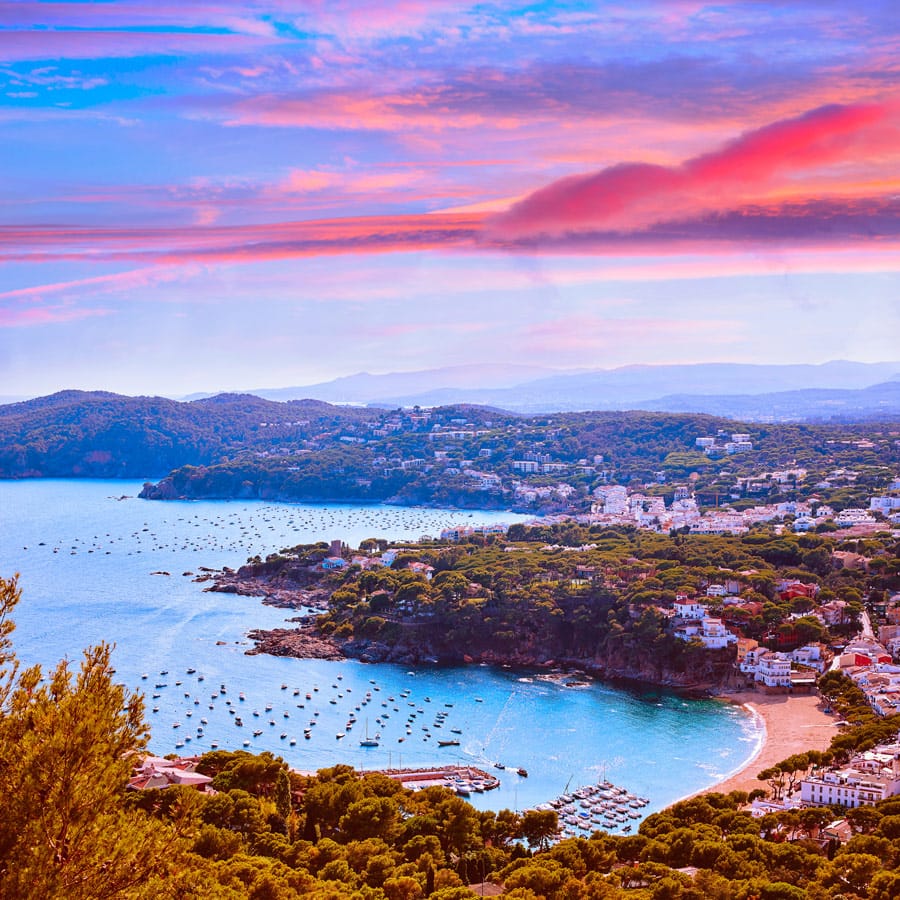 Although technically there’s no such thing as the Spanish Riviera, travel websites usually use the term when they talk about Spain’s magnificent beaches, and thank God, the Iberian country is blessed with plenty of them.

So, if there would be a Spanish Riviera, this would probably include most of the country’s seashores, as Spain is almost entirely surrounded by beautiful coasts kissed by the Mediterranean and the Southern Atlantic.

Starting with Costa Brava (Spain’s “wild coast”), which stretches from the French border to the north of Barcelona and melts beautifully into Costa Dorada, the country takes pride in a plethora of wonderful beaches. Further along, the Mediterranean gives rise to other three famous shorelines – Costa del Azahar, Costa de Valencia, and the glorious Costa Blanca, all of them belonging to the autonomous community of Valencia.

Costa Blanca is followed by the scenic Costa Calida in the province of Murcia, from where it begins the Andalusian spectacle with its four superstars: Costa Almeria, Costa Tropical, Costa del Sol, and Costa de la Luz, in this particular order. Then, on the far North West corner of Spain, on the Atlantic shore, lies the unspoilt Costa de Galicia, followed by the stunning Costa Verde in the Principality of Asturias, and the charming Costa Vasca in the Basque Country. 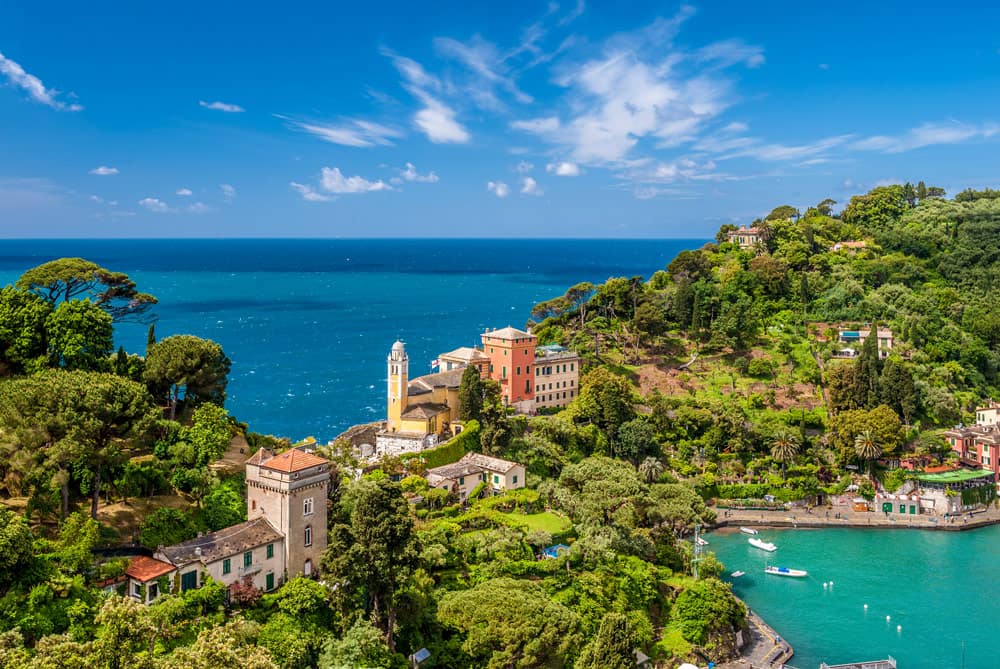 Formerly known as the Ligurian Riviera, the Italian Riviera continues the French Côte d’Azur, slinking along the Mediterranean, the Maritime Alps, and the Apennines until it reaches Capo Corvo, somewhere near Tuscany.

With the center in Genoa, which divides it into two sides – Riviera di Ponente and Riviera di Levante, this spectacular stretch of Italian coast has a charm of its own, alluring visitors with majestic views, ancient harbors, and idyllic fishing villages such as Portofino or the wonderful ones belonging to Cinque Terre. 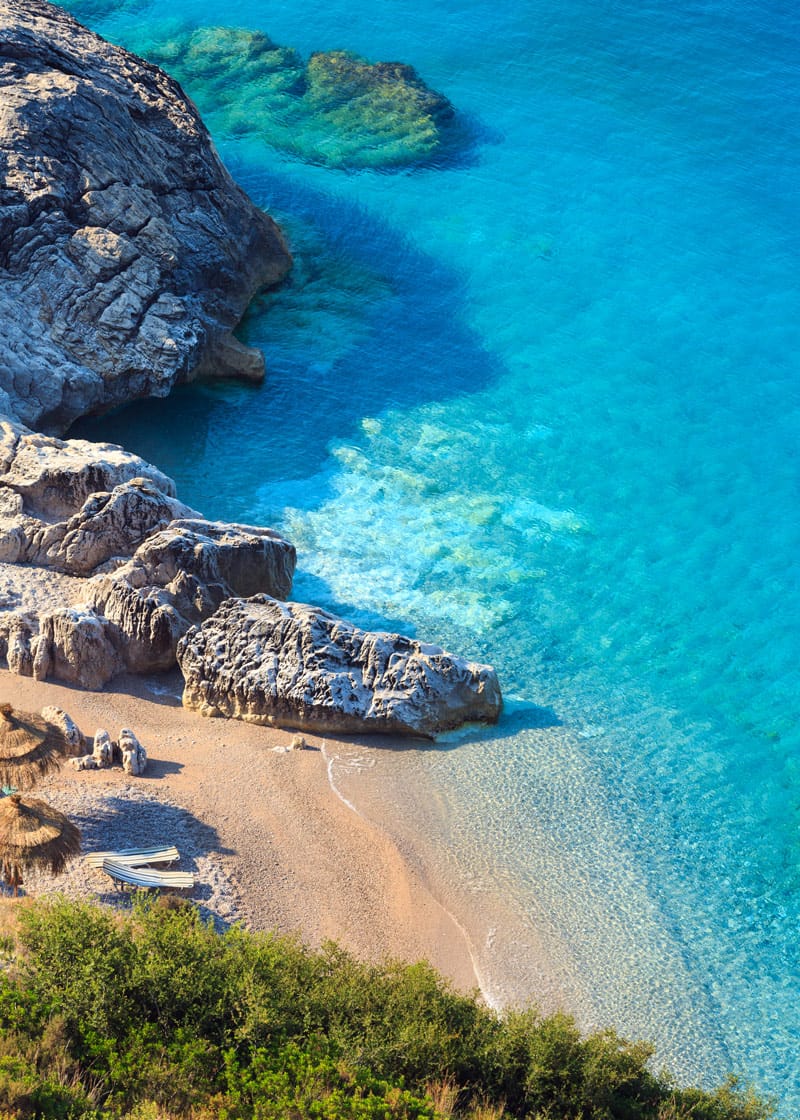 Part of the idyllic Albanian coast, the Albanian Riviera stretches between the Ionian Sea and the Ceraunian Mountains in the province of Vlore.

Maybe the most underrated of Europe’s coasts, this riviera enjoys an amazing setting, being named the 2012 Top Value Destination by Frommer’s. Moreover, the area includes a number of pretty Mediterranean villages, castles, churches, caves, and lovely beaches. 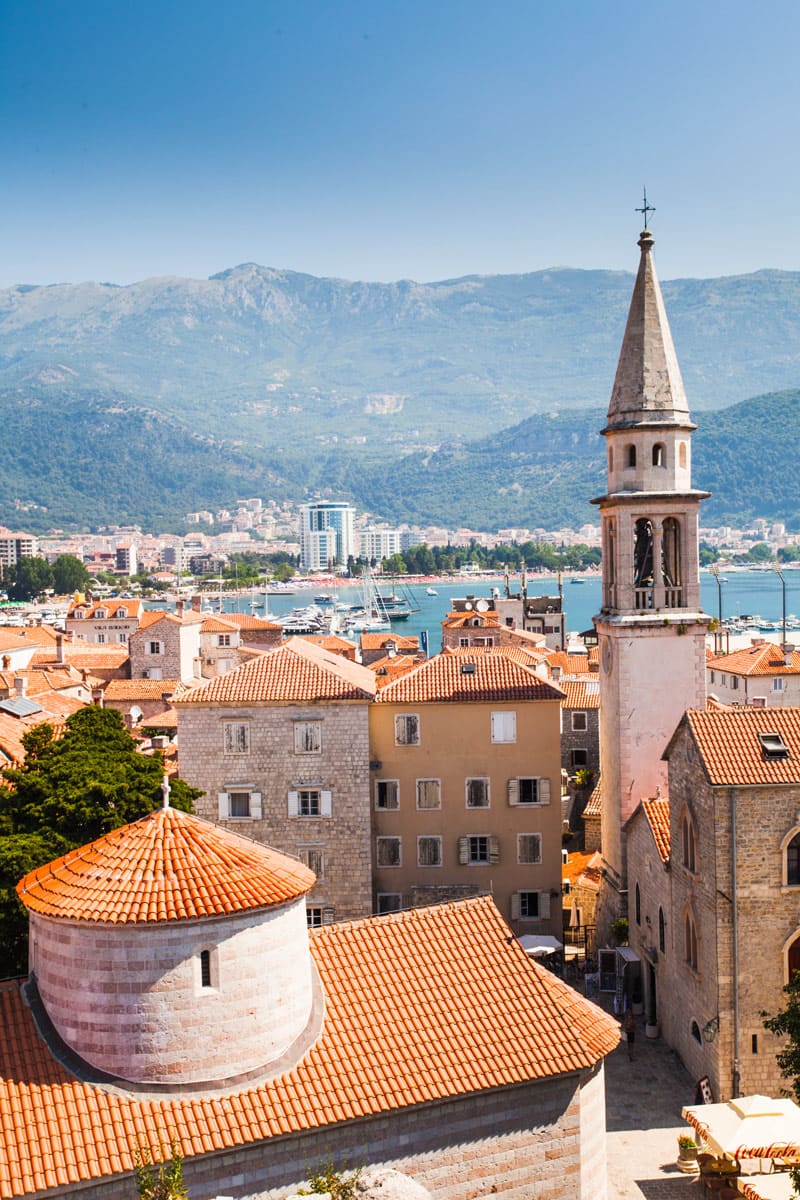 Budva Riviera is a charming 35 km-long coastline around the city of Budva in Montenegro.

Boasting some of the best beaches in the Mediterranean, this place is a perfect destination for travelers in search of culture, adventure, watersports, history, or romance.

According to Wikipedia, the Greek Riviera comprises only the island of Spetses and the town of Porto Heli.

Spetses is a cosmopolitan island in the Saronic Gulf, 10 miles away from Athens. It has a rich history, incredibly clear waters, and lush timbered landscapes. With bikes and horse-drawn carriages being the most popular means of transport in the area, it’s no wonder people always refer to it as a fairytale-like place.

The idyllic island of Spetses was the setting of Fowles’s famous novel “The Magus”, which happens to be one of my favorite books.

On the other hand, Porto Heli lies on the Greek Peloponnese peninsula, providing a sophisticated mix of culture, sandy beaches, and natural beauty. 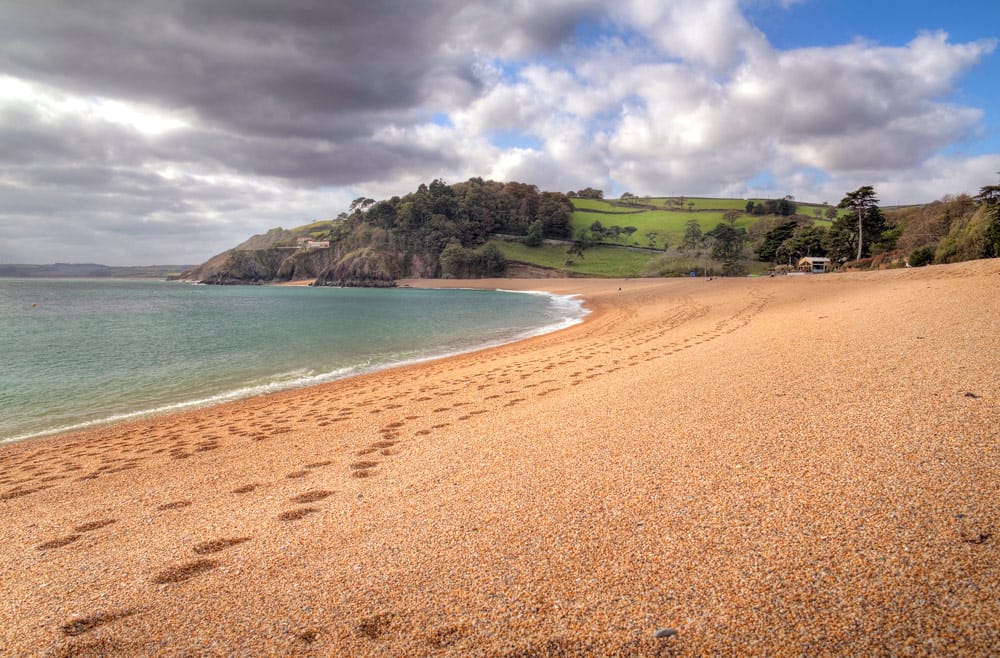 Still conveying the mystery of Agatha Christie’s enthralling novels and the aura of a high-class Victorian society, the area features plenty of fine beaches, parks, and public gardens, as well as picturesque harbors steeped in history. 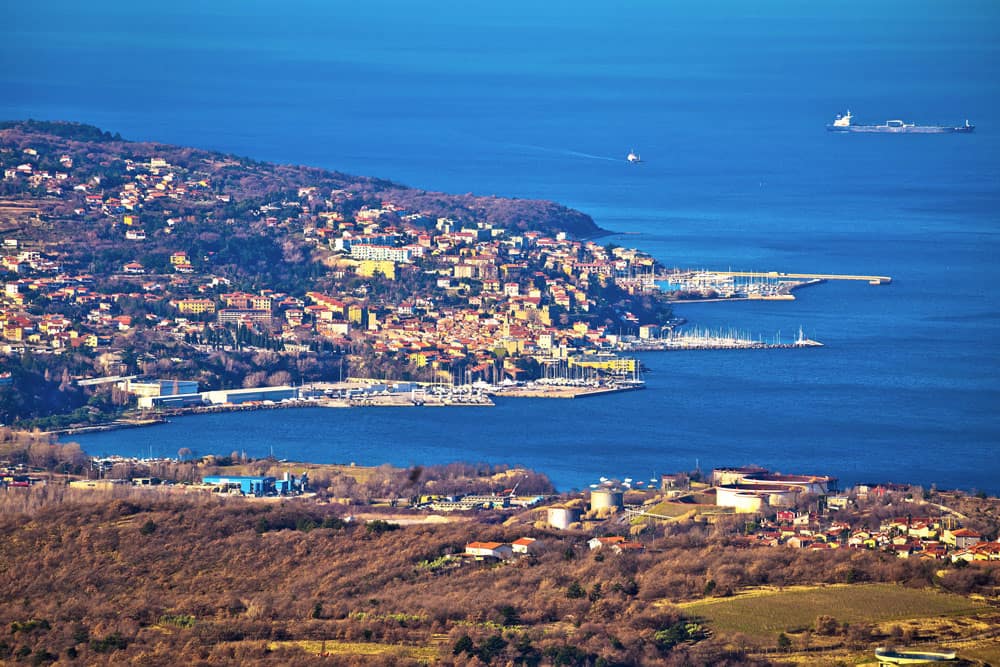 Part of the Istrian Peninsula, an area shared by three different countries (Slovenia, Croatia, and Italy), the Slovenian Riviera stretches along the Adriatic Sea in the Gulf of Trieste, comprising the cities of Koper and Piran, as well as the region of Izola.

The most popular resort along Slovenia’s tiny riviera (46 miles) is Portoroz (Port of Roses), an enchanting town filled with award-winning beaches, plenty of bars and restaurants, a stylish marina, and a romantic Italian vibe.

In addition to Portoroz, the coast boasts two charming medieval towns: Piran and Koper, both of them providing plenty of opportunities for sightseeing, culture soaking, sailing, swimming, and many other activities. 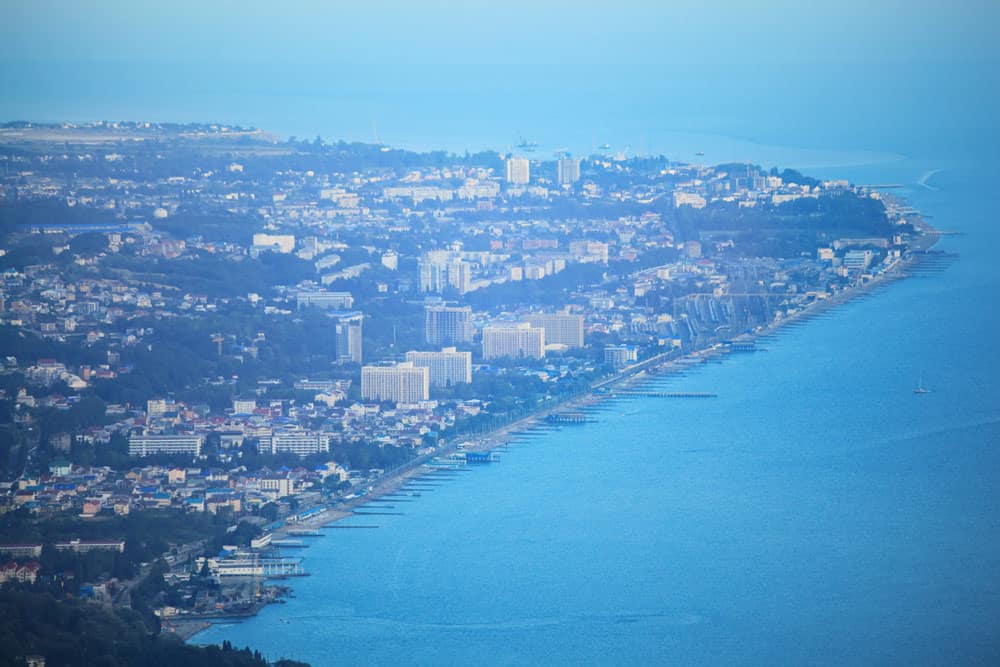 Who knew Russia has a riviera? I didn’t, but it seems that neither the locals were so eager to promote it. The Russian Riviera, also known as the Sochian Riviera, is the Black Sea coast that stretches along Sochi, the longest city in Europe (145 km).

Once the Soviet Union’s premiere resort, Sochi lies in Krasnodar Krai, in the south of Russia. Apart from being a sunny destination, the city enjoys a privileged setting at the foothills of the Caucasus Mountains, which makes it ideal for both summer and winter vacations. 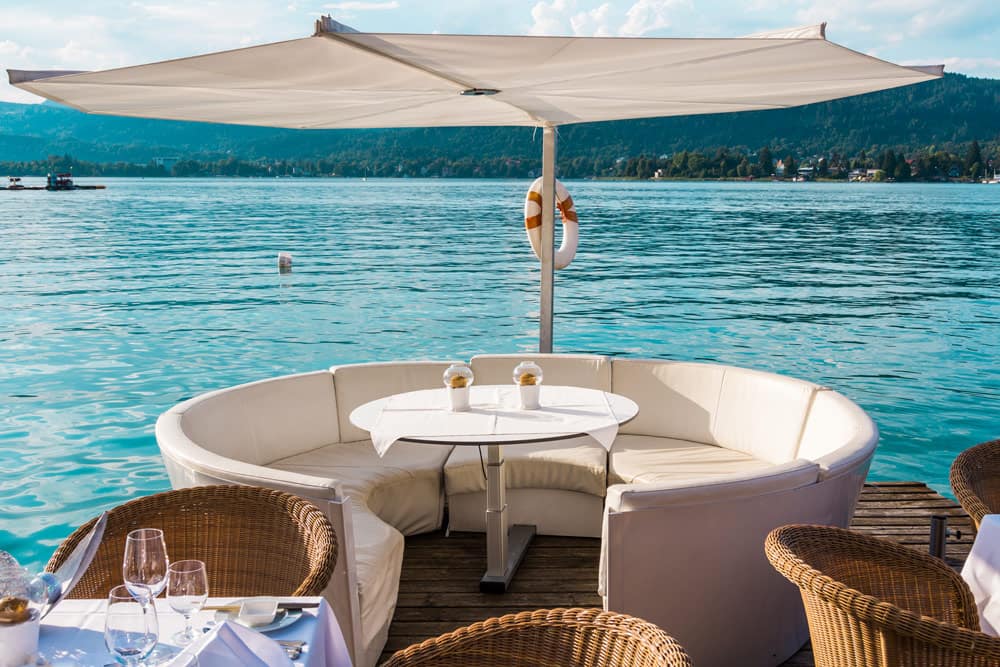 Mainly known for its breathtaking mountains and the Viennese waltz, Austria is also home to some amazing alpine lakes, such as the beautiful 16 km-long Lake Wörthersee, a place that locals call the Austrian Riviera.

Located in the south of the country, this place used to be an exclusive summer hideaway for the high-class Viennese society in the middle of the 19th century. In a way, its reputation of Austria’s Monte Carlo has been kept alive over the years, the destination being always considered a hotspot for high-quality tourism, and activities such as golf and horse-riding.

Last but not least, here is the Romanian Riviera – a 275-km stretch of resorts along the Black Sea. Better known as the Romanian seaside, the shoreline extends from the picturesque Danube Delta all its way to the Bulgarian coast.

The main city in the area is Constanta, Romania’s largest port, followed by Mangalia, and Sulina – the easternmost point of the continental European Union.

However, the pearl of the Romanian seaside is, and has always been, Mamaia, a beautiful resort that has turned from a family-friendly destination into a smaller Ibiza. With an exciting nightlife, a fine selection of clubs, bars and restaurants, plenty of festivals taking place in the area, and a flamboyant clientele, Mamaia in not far from becoming one of the best party destinations in Europe.

The Black Sea doesn’t have the Mediterranean glow, nor its wonderful beaches, but the charm of the Romanian seaside lies in the diversity of its resorts. From the exclusive Mamaia and the forever-young Costinesti to the hippie Vama-Veche and the rural 2 Mai, there’s nothing you can’t find here. Just like Spain, Turkey doesn’t have a real riviera, either. The term is used to describe the beautiful coastline in southwest Turkey. Also known as the Turquoise Coast, the area comprises world-famous destinations such as Antalya, Bodrum, Kuşadası, Marmaris, Fethiye, and Kalkan.

Besides the incredible variety of beaches, that vary from pebbled marvels to miles of golden sand, the stunning Turkish Riviera prides itself with mighty archaeological ruins, priceless architecture, incredibly clear waters, fashionable marinas, and even world’s wonders such as the Mausoleum of Maussollos, at Halicarnassus (Bodrum).