Escape the scorching summer in the city with a trip to one of the best monsoon destinations in India.

The wet season’s downpours add mystery and drama to the landscape, with roaring waterfalls cascading down the lush green hills and dark clouds looming in the background. Everywhere you look there are postcard perfect panoramas of mist and greenery, with only the occasional chirping of birds breaking the silence of the mountains.

Romance aside, the rainy season comes with lower prices and fewer tourists, making for an excellent time of year to experience the unique culture and breathtaking natural beauty of this vibrant, holy land.

So, for your next Indian getaway, embrace the rain, let yourself loose, and unwind in the lap of nature. From Kerala’s dreamy tea town of Munnar to the medieval beauty that is Orchha in Madhya Pradesh, these places in India are at their best during the monsoon season. 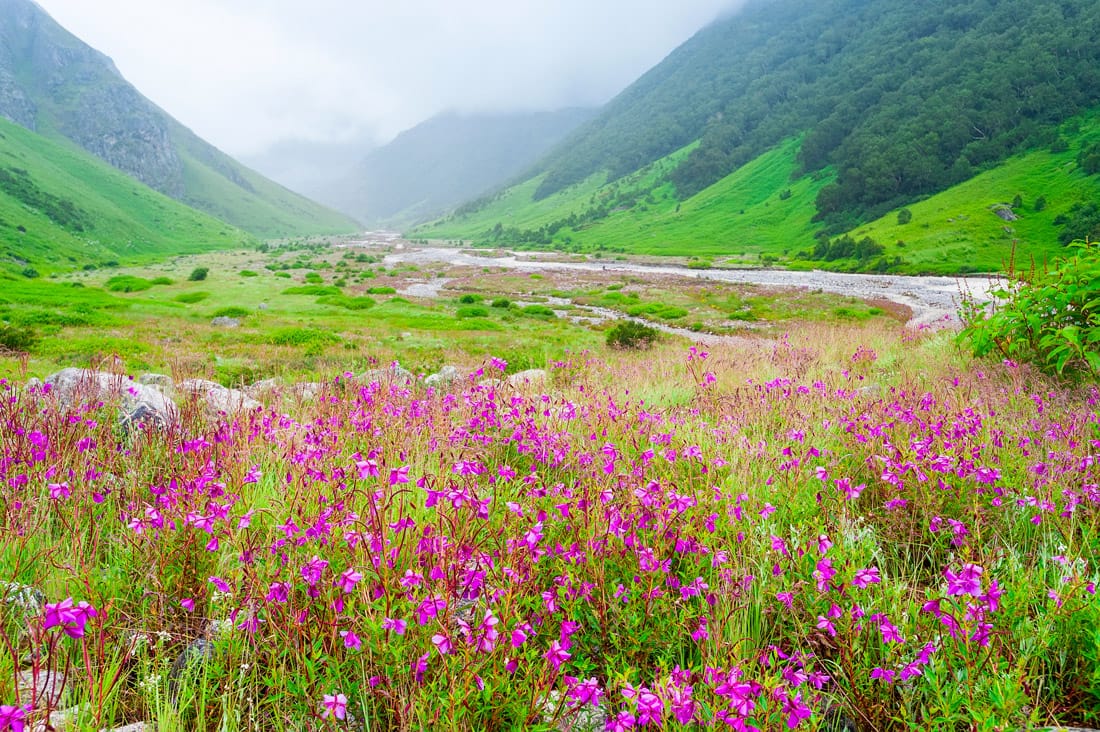 Covered in snow for most of the year, West Himalaya’s Valley of Flowers shows its true colors during the monsoon, when flowers of every imaginable shade dot its lush meadows transforming it into a hiker’s delight.

A UNESCO Biosphere Reserve, the area is home to picturesque waterfalls and glaciers, as well as over 300 different species of alpine flora, which can be seen in their full splendor in rainy season. The park is accessible from May to September, but the best time to visit is from mid-July to the end of August. 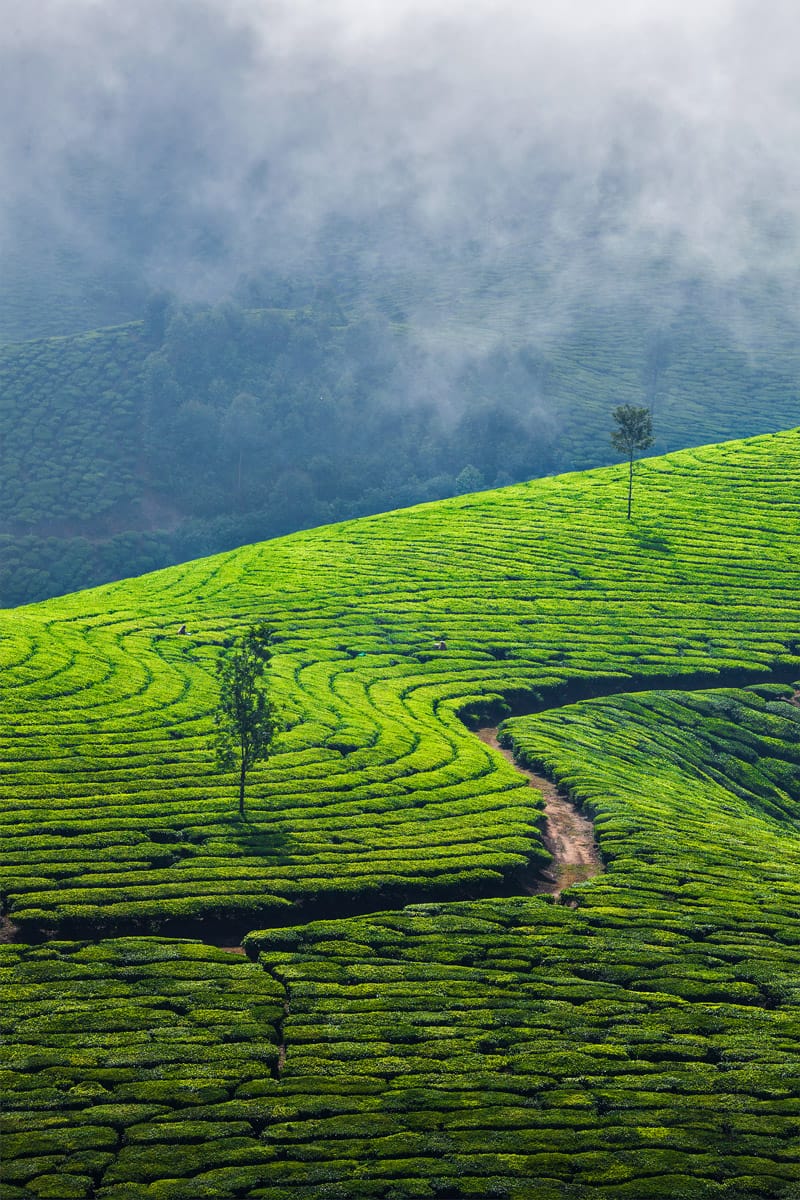 A trip to the mighty Attukad Falls during the monsoon season is a must, and so is taking a stroll through its gorgeous tea gardens or pampering yourself with a soothing Ayurvedic massage. The monsoon period runs from June to September and comes with glorious trekking, hiking, and birdwatching opportunities.

Rain lovers and adventure enthusiasts will have the experience of a lifetime in Cherrapunjee during the monsoon. Nestled on the southern edge of the Khasi Hills, in the state of Meghalaya, the town enjoys a spectacular setting on an open plateau overlooking the plains of Bangladesh.

With 11,777 millimeters of rain per year, it’s one of the wettest places on Earth and the only one in India to experience a single monsoon season. An interesting fact, however, is that rains in the area fall mostly at night and in the morning, leaving plenty of time for exploring its unique natural attractions. Highlights include the amazing living root bridges around Cherrapunjee and the nation’s tallest plunge waterfall — Nohkalikai Falls, which looks particularly spectacular during this period. The wettest months are June and July. 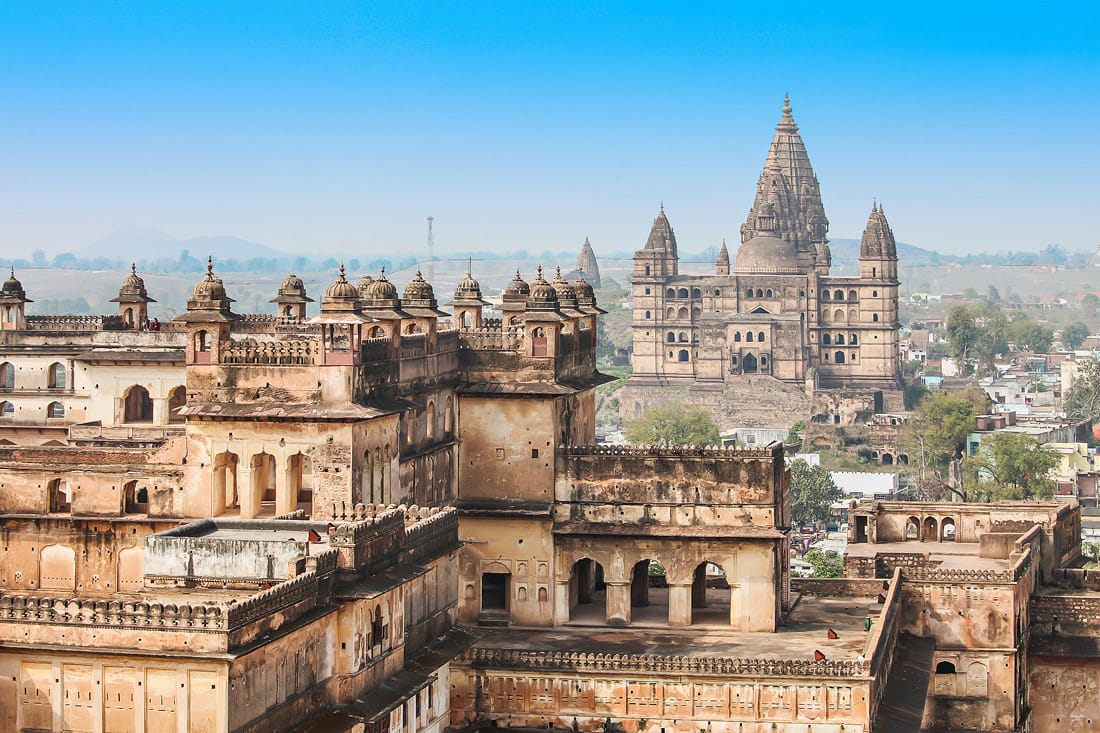 Visiting Orchha during the rainy season (July-September) comes with countless benefits. Aside from washing its dusty, albeit majestic, historical monuments, the moderate monsoon showers revitalize the nearby Betwa River and the beautiful surrounding landscapes, which turn a vibrant shade of green.

Prices drop significantly and the weather remains gloriously pleasant, allowing history buffs to explore its wonderful fort complex, gigantic rock-cut temples, and eerie multi-level chhatris (cenotaphs) reflecting in the glistening river. This is also an excellent time of year to visit the Orchha Wildlife Sanctuary, teeming with bird species from all over the world and adventures like river rafting, canoeing, or jungle trekking.

This sleepy medieval town is located in the northern Tikamgarh district of Madhya Pradesh, in central India.

Once the monsoon hits Maharashtra, the rugged, soaring mountains around Malshej Ghat come to life with gushing waterfalls, and the region’s flora and fauna are at their best. The season blesses the mountain pass with enlivening downpours and emerald green panoramas, while the moist air and gloomy sky above shroud the place in eerie romance.

Previous
15 Picnic Accessories to Pack for Your Next Day Out

Next
Where to Advertise Your Holiday Home: 27 Best Vacation Rental Websites